The Via Francigena developed by retracing an old roman communication route, the Quintia road. Traces of pilgrims going to Rome dates way back before the medieval San Miniato was built. Around 7th century Italy was ruled by the Lombards. The valley were the Arno river flows was a natural strategic network, connecting the biggest cities from north to south. By that time there are traces of the first settlement: a rich lombards, named Wallar, converted to Christianity and erected a parish Church over an ancient cemetery.

In the early Middle Ages, country churches were a big deal to get a wide conversion; nonetheless they were the ecclesiastic satellites and ruled over the territories. Church was not merely a fact of religion, it embodied politic itself. When the last descendant of old Waller died, he left the burg in will of the Bishop in Lucca. Since the burg had become an important intersection in the Arno Valley, the Bishop took advantage of the gift and built a new great church in San Genesio, one of the biggest at that time. The work must had ended already in 715 when an assembly took place here (the oldest document dating its existence). In the meantime, masses of pilgrims increased, the town got bigger and richer. The archeological object discovered on the site give testimony of coins, crockery and pottery coming from France as well as north Africa.

The name San Genesio is the Italian form of Saint Denis (the french Church in Paris), symbolizing the strength of this center in spiritual and cultural exchanges. Thanks to its central location, San Genesio became the perfect place to gather together for ecclesiastic and imperial representatives in Tuscany (numerous imperial diets took place here the 11th and 12th century). As the bourg grew so the influence of Lucca gained position in the Arno Valley, which became more a serious threat and encouraged the citizen of San Miniato to invade San Genesio. Since the 12th century the City of San Miniato became a military imperial fortress; Frederick II made the declared the City as administrative center in the Region of Tuscany. With this changes San Miniato started gaining more importance: first, the Emperor decided to move the old road from San Genesio to San Miniato, as to control the coming and goings; in 1236 the Church of San Miniato got to burry and baptize the citizen, depriving the other Churches of any right on the territories. In 1248 San Miniato attached San Genesio, destroyed and sat it on fire to the ground. No rests of the old burg survived, the area became a grazing land and people slowly forgot its history. 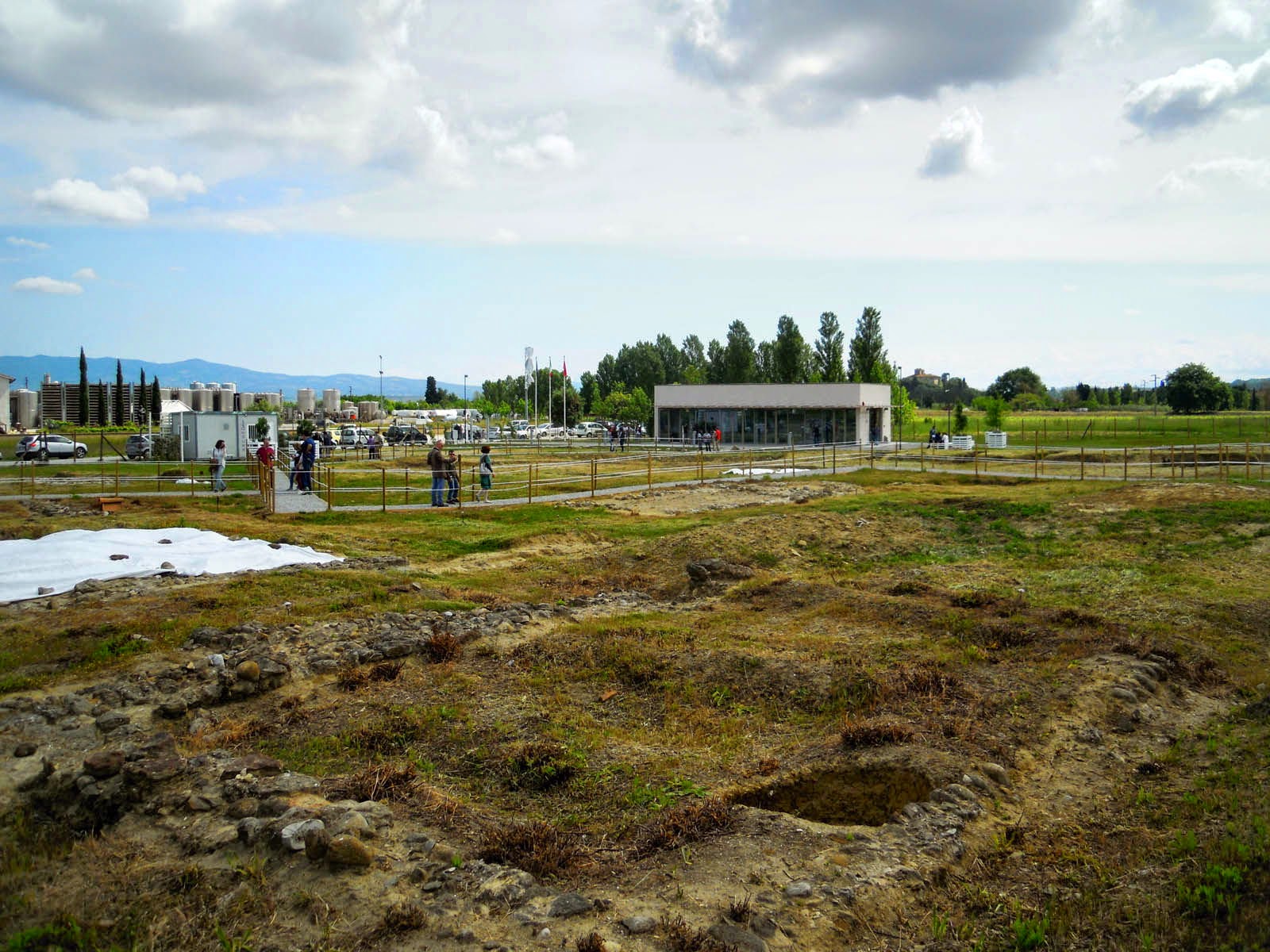 In 2001 an archeological excavation lead by the University of Siena started; after some years the whole burg came back to life, showing a much richer heritage than predicted. The testimony of the centrality of this area along the centuries enriched the history of the Via Francigena and those of many thousands of pilgrims that must have walked through this valley.