Starting from April, a program of classical, modern and contemporary music concerts is hold in the event named "Un Castello di Suoni" ("A Castle full of sounds") around the villas, castles and smaller town in the country.

In june, the entire scene of the city centre is enlivened for a week known as "La Luna è Azzurra" (The Moon is Blue), an international theatre festival. At sunset, mime and puppet shows coming from all over the world are held in the numerous squares and on the steps of the old castle.

In summer San Miniato is the City of Theatre: from June to July, in the city square of the historical Piazza Duomo, it is hosted the Theatre Festival, organized by the "Istituto del Dramma Popolare". The program coincides with the training session organized by the "Scuola Europea per l'Arte dell'Attore".
August and September is time for folkloric festival: the Palio di San Rocco, on August 15th, the ancient quarters come together and recreate ancient games: for example, after a long running jump the participants must crush a watermelon with their rear ends. In the country town of Serra the ancient threshing festival (Feste sull'aia) and country traditions are relived (Palio del Papero). Starting with grape harvesting, it is the time of Flavours that triumphs.
As the months of October draw near, it is time for the White Truffles of San Miniato. Held for the past fifty years, the Market Festival transforms the whole city centre into a huge open-air tasting fair that lasts the entire month of November. All the squares of the City have their own markets where typical products of the San Miniato are offered together with other specialities from Italian culinary cities ("Città del Gusto"). The Truffle Show is the peak of what this extraordinary season has to offer. In the heart of the land of truffles, deep into the woods smaller festivals take place in this season in small villages that are home to the oldest truffle dynasties: The Corazzano Festival, at the foot of the Romanesque parish of San Giovanni Battista, and the Balconevisi Festival in the ancient village of the Strozzi family, when each quarters participates in a goose race. And in March it is in Cigoli that the early Marzuolo truffle can be tasted. 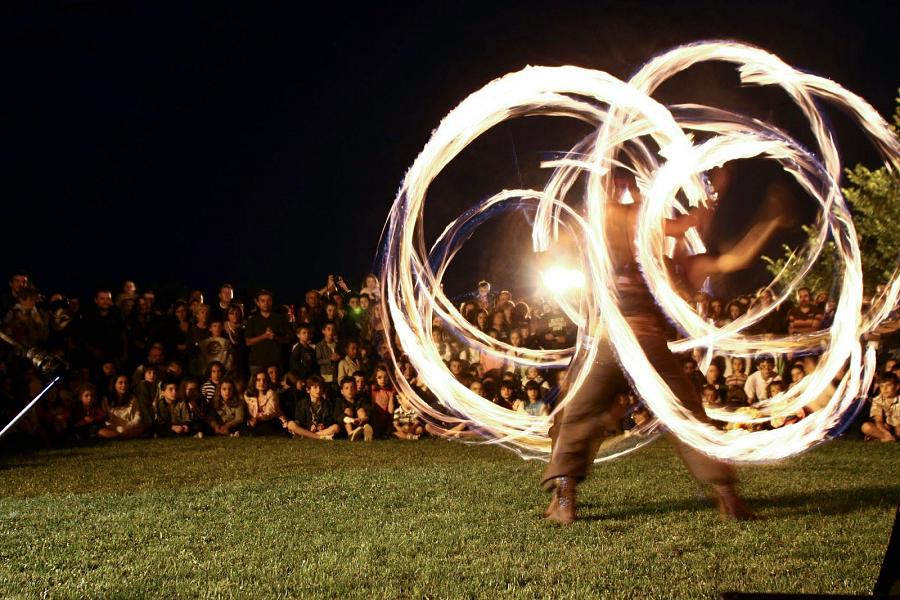