the Church of San Domenico is an early 14th century building erected on a previous older structure. Formerly the Church was named SS Jacopo and Lucia and this is way this is such an important step for pilgrims walking along the VF: Saint Jacob remind directly to the much famous Pilgrimage to Compostela, a christian spiritual walk to the Cathedral of Santiago de Compostela in Galicia (Spain).
It hosted a Benedictine cloister which slowly grew in size. The Church collects some important religious reliquaries that call devotees still today. Despite its prestige, the Church never got to be finished and nowadays it faces the square with a red bricks facade. The Church hosted some beautiful testimonies of the 13th and 14th paintings made by some of the most well known Italian Renaissance artists: Domenico di Michelino, Bernardo Rossellino, Masolino da Panicale.
Next to the Church (on the right) there is a beautiful two floors loggia, where today are the library and the memorial museum of the second world war.
On the left, through a little gate, there is the hidden access to a ancient corridor that used to be the entrance pass connecting the countryside below with the city burg, named Via Angelica. The corridor has access to some hidden spaces that develop below the Church level. The first is a cross-shaped crypt, the second is Sant'Urbano chapel, and the third is the San Peters Martyr chapel. What makes these spaces so special is the incredible quality of artistic representation (frescos). 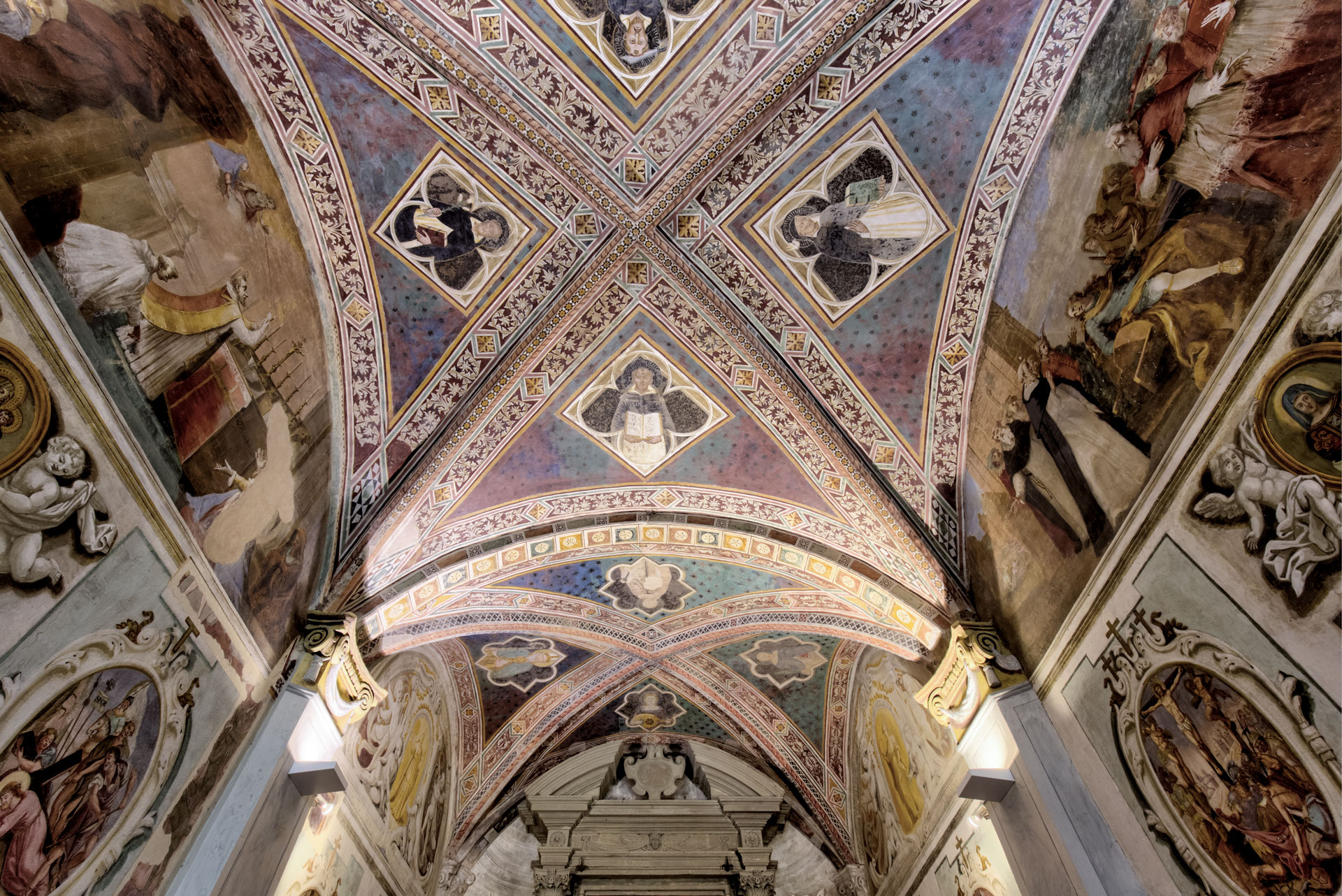 credit Valdarno Musei
Please note: the visit to this space must be previously booked by ProLoco San Miniato
In order to ensure a better user experience, this site makes use of cookies. By closing this banner, clicking on a link or continuing navigation in any other way, you consent to the use of cookies.
For more information about cookies, how to use them and how to remove them, please see our Cookies Policy OK x